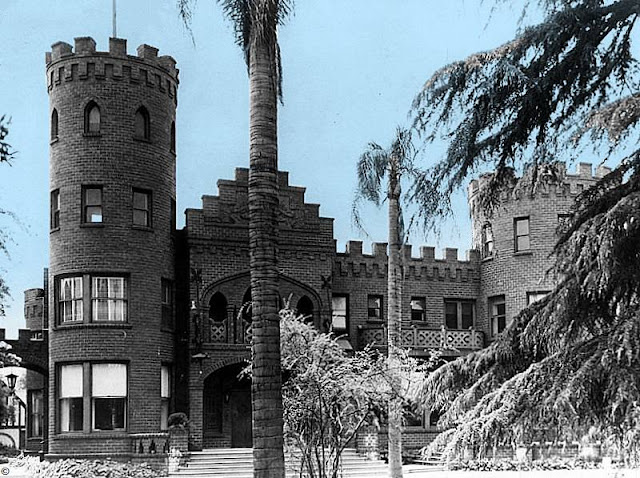 Clothier J. J. Haggarty, an Englishman, had the local engineering firm of Knapp & Woodard build what he called "Castle York" at 3330 West Adams Street after the Department of Buildings issued a construction permit on May 24, 1912. A precursor of Beverly Hills, an estate area had developed since the turn of the century on the south side of Adams west of Arlington Avenue, with large houses set well back from the street in front of elaborate terraces rippling down a broad southerly slope. In 1971, with the neighborhood long in decline and the Haggarty house following suit, it was demolished by the Los Angeles Council of Churches, which had occupied it since the 1940s. The last Haggarty store had closed the year before. 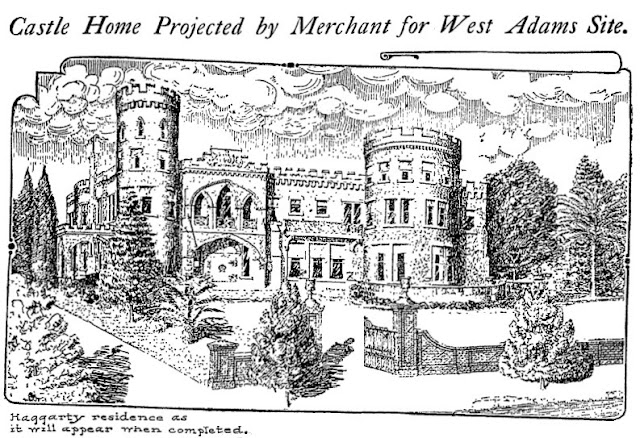 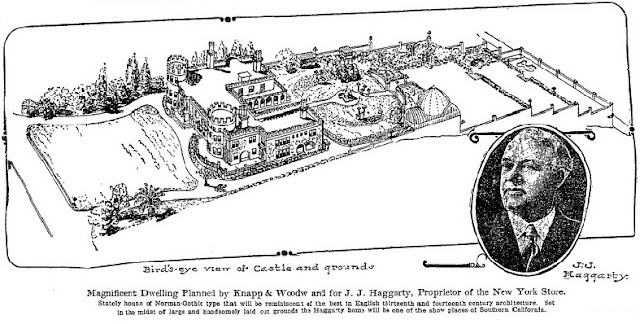 According to the Los Angeles Public Library's description, the building, "of Norman Gothic architecture, was built at a cost of $100,000. Frontage was of 125 feet on south side of Adams and extended back to a depth of 500 feet. [The] structure itself was 92x91 feet in size. A tower planned after one of the famous towers of Windsor castle...stood forty feet in height and twenty feet in diameter rising at the northwest corner of the building. A second tower, twelve feet in diameter and fifty feet high, at the northeast corner, was copied after a famous castle in Yorkshire. The interior consisted of living room, organ loft, dining room, billiard room, sixteen bedrooms, servants' quarters, kitchens, pantries and china closets, along with numerous porches, balconies, gardens, and barns."