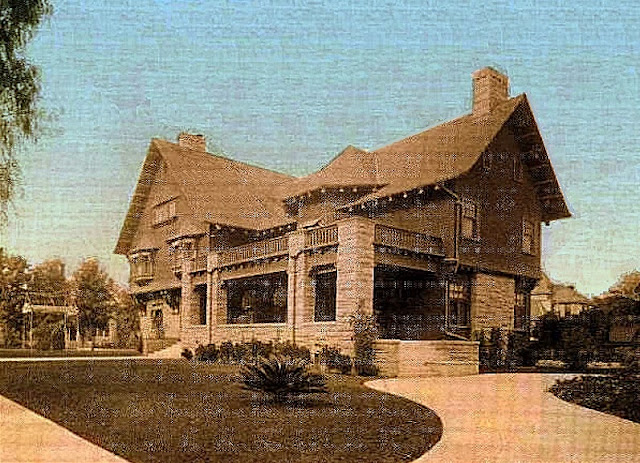 The huge population growth of Los Angeles over the course of the 1910s and '20s, nearly a four-fold increase, had the effect of emptying West Adams—as well as the Westlake/Bonnie Brae district—of all but the most stalwart of prosperous Angelenos. Developers understood the city's population pressures and trends and went after the affluent by building new homes for them on larger suburban lots in newly fashionable—and less dense—parts of town to the north and west, giving rise to Windsor Square, Fremont Place, Hancock Park, as well as to Beverly Hills, Holmby Hills, Bel-Air, Brentwood, and in other tracts, all the way to Pacific Palisades. During the particular boom of the '20s, longtime owners saw their chances to cash out and move on, their old houses often being cut up into flats or replaced altogether with apartment buildings; the onset of the Depression then made bargains of the old barns that survived, which became cash cows for their new owners, even if maintenance costs were high.

Predating by 11 years its more famous adjacent tract, Chester Place, St. James Park opened in 1888. After its original developers George Wilson King, Frederick Harkness, and John Downey Harvey (nephew of former California governor John G. Downey) became less involved in the scheme during the national financial ups and downs of the '90s, real estate man William May Garland assumed some of the tract's marketing as interest revived and was confirmed by the turn of the new century with the opening of Chester Place. Next door to the future site of 815 West Adams Street, as the thoroughfare was known into the 1920s, Frederick Harkness had built 755 on a St. James Park Tract parcel comprised of Lot 1 and the easterly 15½ feet of Lot 2 in 1890. 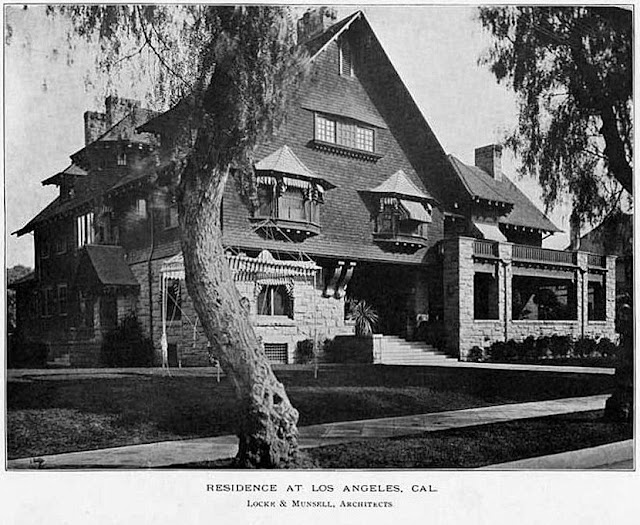 William May Garland married Blanche Hinman—a frequent winter visitor to Los Angeles—on October 12, 1898, in her hometown of Dunkirk, New York, on Lake Erie. Upon the newlyweds' return to California, they lived at the Hotel Van Nuys and then in December took the Collins house across the entrance to St. James Park from the future 815; here they awaited William's plans for their building parcel, comprised of Lots 3 and 4 and the westerly 43 feet of Lot 2 of the St. James Park Tract. The Herald reported on May 5, 1900, that the Garlands would be building a $20,000 house there, with a notice of completion of its plumbing work appearing in the paper on the following November 17. A photograph featured in the trade journal The Inland Architect and News Record in 1902 indicates that 815 was designed by Los Angeles architects Seymour E. Locke and William A. O. Munsell, the latter whom would leave the partnership by the fall of 1901 to famously team with Frank D. Hudson. Once in residence, Billy (as his wife called him) and Blanche Garland would begin one of the longest and staunchest tenancy of any original homebuilder in old West Adams. By 1932, the family's real estate company was either acting as the agent for the Walton family in the sale of their house next door at 755 West Adams or, more likely, it seems, had acquired it for itself; in the end, 755 was demolished in 1937, with 15½ feet of its original lot appearing to have been added to the parcel of the Garland house at 815 with the balance being purchased by the new owner of 745 West Adams, the house on the other side. Garland remained committed to fading the fading West Adams district despite his vociferous complaints to police about rowdy fraternity parties in the repurposed residences of former neighbors. He was still living at 815 when he died in Monterey on September 26, 1948; Mrs. Garland stayed on in her longtime home. Shortly before her death on March 17, 1958, she gave 815 to nearby St. John's Episcopal Church. Before long, St. John's sold the property to the Catholic church, which would be opening a second campus of Mount St. Mary's College in 1962 after Estelle Doheny's bequest of Chester Place and its houses to the Roman Catholic Archdiocese. The college opened 815 as a fine arts gallery called Garland Hall, inaugurated on December 1, 1963. The house would survive in the possession of Mount St. Mary's until not long after a demolition permit for it was issued on February 2, 1972. 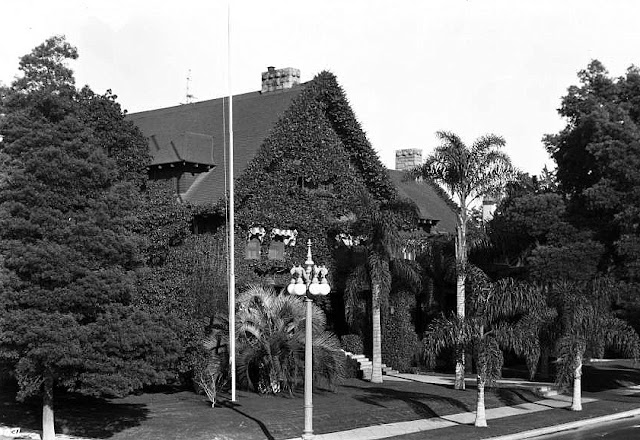 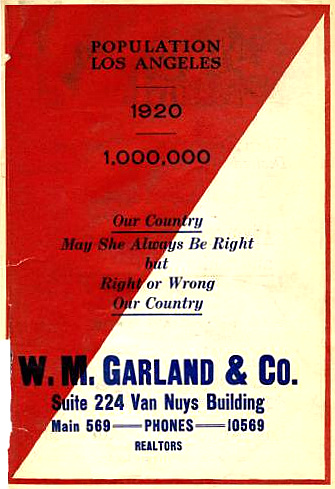